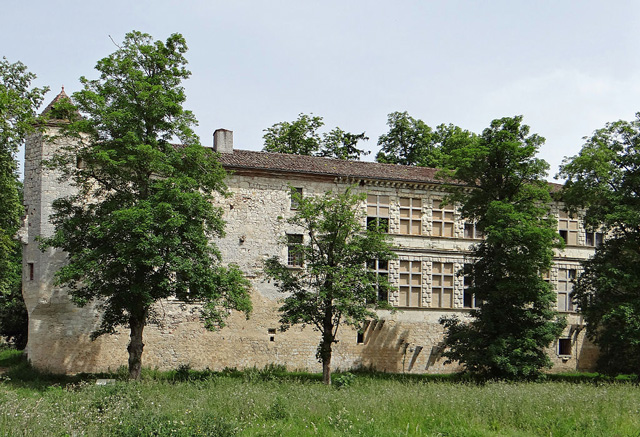 Location: Lafox, in the Lot-et-Garonne departement of France (Aquitaine Region).
Built: First mention in 1239.
Condition: Restored.
Ownership / Access: Privately owned.
ISMH Reference Number: PA00084140
Notes: Château de Lafox, is built in the town of Lafox (Lot-et-Garonne). The first mention of Lafox is on a 1239. Gaubert charter Tesac and Raymond Planels trade to the Count of Toulouse that they have in place to Lafox, "in loco of the villa and Fotz". then the castle dating from the 1230s to control the ford Séoune to where it flows into the Garonne and used grant on the way to the Languedoc Aquitaine. It remains a dungeon. Amanieu Durfort transmits the castle to his son Hector Regnaut Durfort in this state. He undertook to repair, especially the east who had suffered the most, which is almost completely redone. The castle was restored by Didier Flaujac who was awarded the prize of the Old French houses in 2002. The castle was listed as historic monuments December 21, 1951.

How To Get To Château de Lafox (Map):