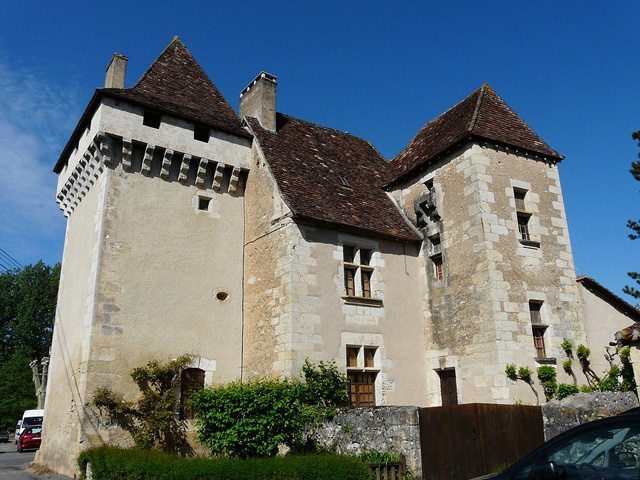 Location: Change, in the Dordogne departement of France (Aquitaine Region).
Built: 13th century.
Condition: In good condition.
Ownership / Access: Privately owned.
ISMH Reference Number: PA00082475
Notes: Château de la Sandre is a French castle in the town of Change in Dordogne, specifically in the White Perigord. Facades and roofs are listed as historical monuments by order of 23 April 1965. The square tower with battlements on crows, is the only remains of the castle built in the thirteenth century. In the fifteenth century two new buildings at right angles come to append to the tower, contains the first on the facade several mullioned windows. A gatehouse on crows overlooks the entrance gate (fifteenth century) the castle. This gate is topped by a coat of arms. The castle is not open to public.