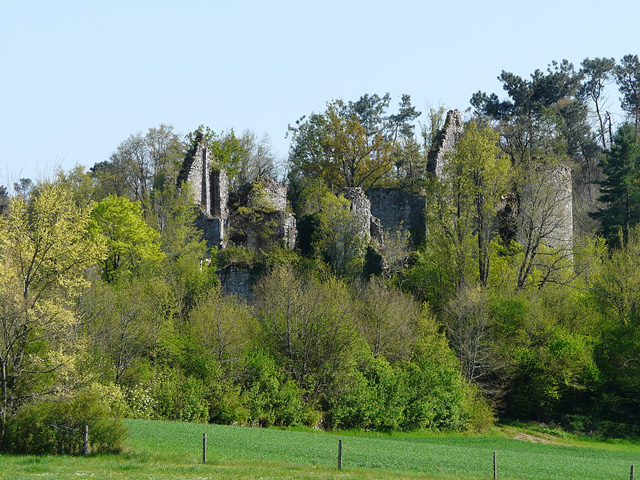 Location: Saint-Front-la-Rivière, in the Dordogne departement of France (Aquitaine Region).
Built: 13th-16th century.
Condition: Ruins.
Ownership / Access: Privately owned.
ISMH Reference Number: PA00082833
Notes: Château de la Renaudie located in the town of Saint-Front-la-Rivière, in the French department of Dordogne, in the Aquitaine region. Renaudie Castle is located south of the town of Saint-Front-la-Rivière, near the locality Béléterie, 200 meters from the main road. This is private property. The castle dates from the thirteenth century to the sixteenth. Jean du Barry, Protestant leader of the conspiracy of Amboise, was lord of the castle of the Renaudie. The castle has a tower at each corner. The house of the fifteenth century remains only the amounts of two fireplaces and window moldings. In the seventeenth century it belonged to Perusse des Cars, and was abandoned after the French Revolution. The castle remains today as the state of ruins overgrown. It is a listed building since 1946.