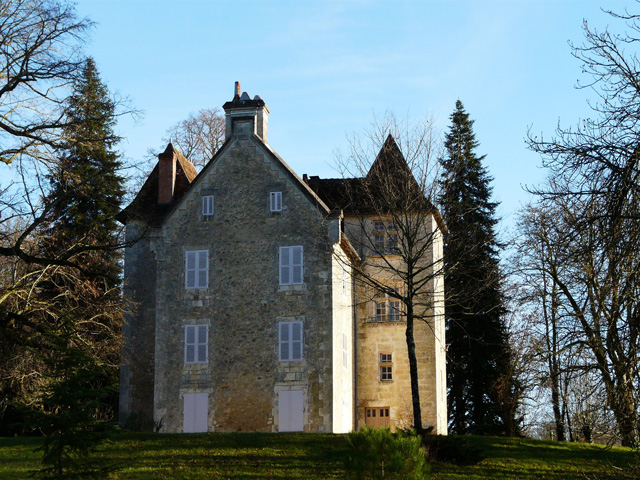 Location: Sarliac-sur-l'Isle, in the Dordogne departement of France (Aquitaine Region).
Built: 16th Century.
Condition: In good condition.
Ownership / Access: Privately owned.
ISMH Reference Number: PA00082989
Notes: Château de la Bonnetie is a French château located in the municipality of Sarliac-sur-l'Isle in the Dordogne in the region Aquitaine.Le Bonnetie Castle is located on the left bank of the Isle, in east-northeast of the village of Sarliac-sur-l'Isle. It comes in the form of a building flanked by two square towers. He retained the south of the seventeenth century dovecote. It is listed as a historical monument since 1947 for one of its turrets.