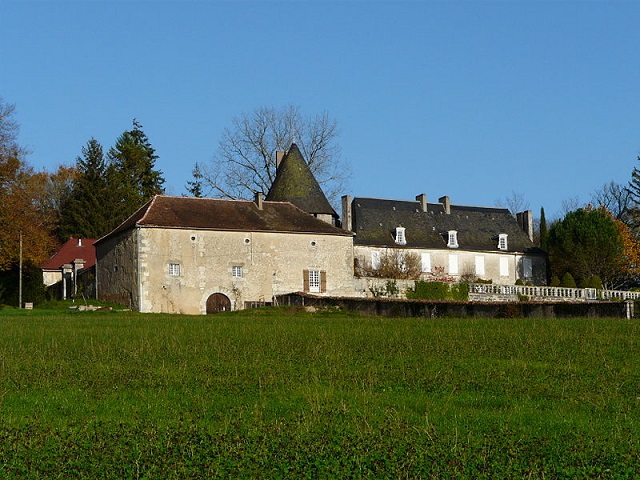 Location: Milhac-d'Auberoche, in the Lot-et-Garonne departement of France (Aquitaine Region).
Built: 15th -19th century.
Condition: Repaire.
Ownership / Access: --.
Notes: The castle of Besse (or castle of the Baisse) is a construction dating from the fifteenth to the nineteenth century, located in the town of Milhac-d'Auberoche in the Central Périgord, in the department of Dordogne. It is now a private domain.A former noble dwelling of the 13th century, depending on the châtellenie of Auberoche, the Château de la Besse has a tower with machicolations dating from the end of the fifteenth century or the beginning of the sixteenth century. This tower was part of a larger and reworked ensemble. It is situated in the context of insecurity in the sixteenth century in the region and then in the eight wars of religion (1562-1598). It did not pretend to resist an assault by an organized army. On the other hand, it provided protection against armed bands of looters or marauding soldiers. From the seventeenth century, the building gradually lost its defense function. A large building, high ceiling, very sunny, is adjoined in the eighteenth century. It is the function of residence and ostentation of a manor that is then developed. The present appearance, with a high wall at the entrance west side and a metallic gate, dates from 1852. In the summer of 1944, Resistance fighters who had just requisitioned a car belonging to the owners of the Besse were shot down by the Germans.