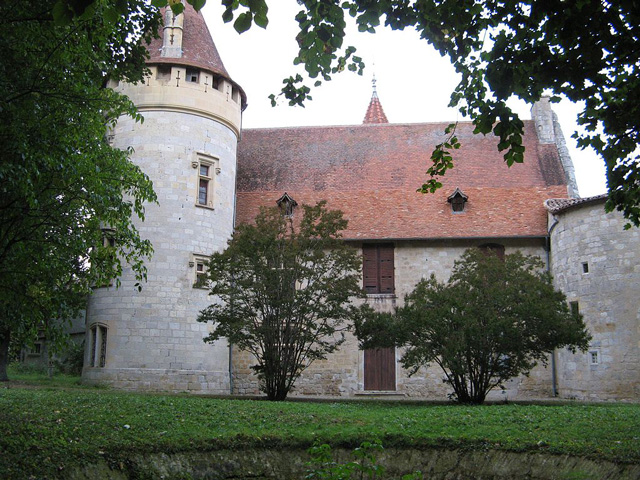 Location: Layrac, Lot-et-Garonne departement of France (Aquitaine Region).
Built: 16th century.
Condition: In good condition.
Ownership / Access: Privately owned.
ISMH Reference Number: PA00084155
Notes: Château de Goulens is a lowland castle, situated on the territory of the town of Layrac in Lot-et-Garonne. The lordship belonged to the thirteenth century to the family of Goulens and gave it its name. The Carbonneau family has succeeded them. The castle was built in the sixteenth century. II Claude Barbier de La Serre (around 1636-1699), king of the adviser to the court of Guyenne helpers, bought the castle, land and lordship of Goulens by Toulouse parliament stop August 31, 1689 for $ 20,000 books. He died there on September 30 16991. The castle remained the property of the family Barbier de La Serre. The mansion was subsequently destroyed during the Revolution. The three towers, two round and octagonal, were decapitated. Feudal signs are demolished. Two of the towers were rebuilt about 1878 by the Bordeaux architect Gustave Alaux (1816-1882) on the indications of Eugène Viollet-le-Duc with additions of slots and hoardings. The decor and furnishings of the castle are made by talented artists. Probably, from the drawings of the architect, they made tapestries, wallpapers, ornaments and millwork harmonizing with sculptures rivaling invention around a bestiary of domestic and wild animals, and sometimes fantastic. The castle was listed as historical monuments September 21, 1921.