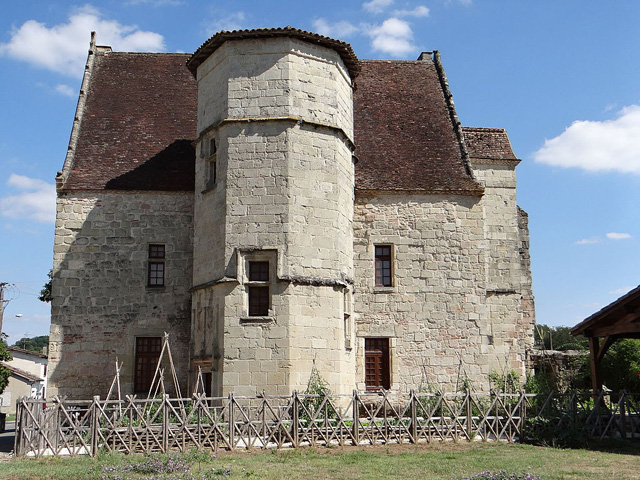 Location: Gontaud-de-Nogaret, Lot-et-Garonne departement of France (Aquitaine Region).
Built: 14th century.
Condition: In good condition.
Ownership / Access: Privately owned.
ISMH Reference Number: PA00084133
Notes: Château de Gontaud-de-Nogaret was built in Gontaud-de-Nogaret, in the department of Lot-et-Garonne. The Lordship of Gontaud is the origin of the family of Gontaut. The Lordship of Gontaud appears in documents in the thirteenth century. On 2 October 1793, the property of the family Pellet be seized and the castle of Gontaud is awarded by public auction to the citizen Degalz Marguerite, widow Martineau. The castle remained the property of the Martineau family until May 6, 1914, when it was sold to Mr. Armand de Gontaut-Biron, Marquis of Gontaud and Saint-Blancard. But the castle so cruelly lack of maintenance and January 5, 1949 the small tower on the north side collapses on the street, taking with it the northern half of the main building. From 1955 many owners have succeeded without incurring major works. Restoration work of the existing parties has been undertaken since 1997 by new owners who entrusted the restoration to Denis Boullanger, heritage architect. Since mid-2007, thanks to the passion of its owners, half of the main building, collapsed in 1949, was rebuilt by local businesses. The castle was registered historic monument August 14, 1958.