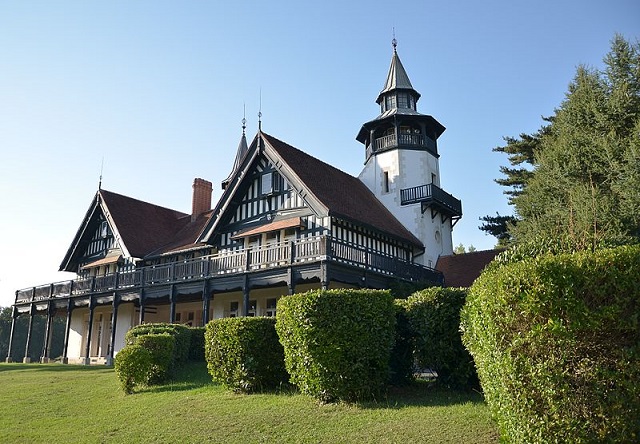 Location: Biarritz, in the Pyrénées-Atlantiques departement of France (Aquitaine Region).
Built: 19th century.
Condition: In good condition.
Ownership / Access: Private.
Notes: The Château de Françon is a building built in the last quarter of the 19th century by architects Ralph Selden Wornum and Edward Salomo. It is located in Biarritz, in the Pyrénées-Atlantiques. Certain parts of the castle have been classified by historical monuments since 1999, when all the built elements are listed by decree of 31 December 1993, amended by decree of 20 June 1994.The inscription on the inventory of historical monuments concerns the park, the pavilion and the stable, as well as the interior decoration, the vestibule, the stairwell, the library, the living room and the dining room.