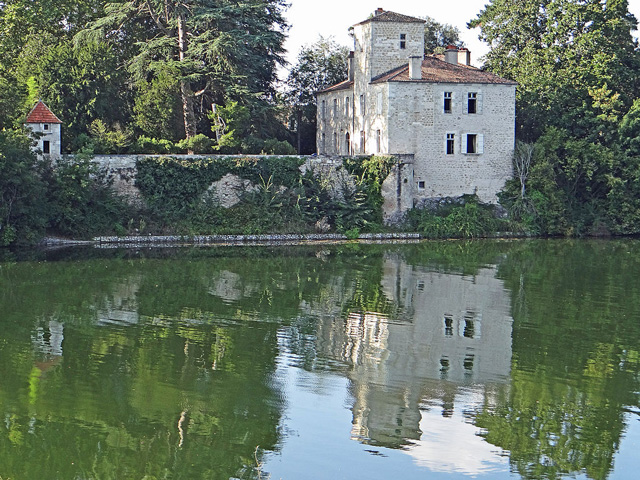 Location: Saint-Sylvestre-sur-Lot. Lot-et-Garonne departement of France (Aquitaine Region).
Built: 15th century.
Condition: Ruined.
Ownership / Access: Privately owned.
ISMH Reference Number: PA00084244
Notes: Château de Ferrassou is located in the municipality of Saint-Sylvestre-sur-Lot in the department of Lot-et-Garonne. When Edward I take back possession of Agen, in 1279, after the Treaty of Amiens, he will undertake, to 1289, to make it navigable Lot to facilitate the transport of goods to Bordeaux Quercy. The castle belongs to the Masparrault of Bordeaux magistrates family, the first third of the seventeenth century to the Revolution. They built the chapel. At the time of the Revolution the round tower is decapitated as lordly symbol. Blaise Lapeyrière, owner of the castle in 1812, began one of his last campaigns work. The round tower and the square tower were classified as historical monuments while the rest (the oldest parts) were included, both protections dated April 11, 1973.