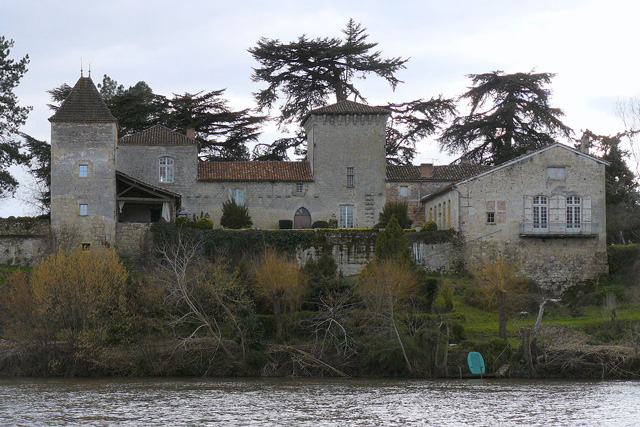 Location: Bias, in the Lot-et-Garonne departement of France (Aquitaine Region).
Built: 10th century.
Condition: Ruined.
Ownership / Access: Privately owned.
ISMH Reference Number: PA00084076
Notes: Château de Favols is a French château located in the locality Favols, in the town of Bias. The castle dates back to the tenth century by M. de Carbounié. In 911, the Vikings plundered up the Lot Casseneuil Church and Castle Favols. In the sixteenth century, a molded cross is opened in the main building of the courtyard. In the eighteenth century large windows have been pierced. The west wing was rebuilt a little further west than the last. The castle is not too suffered damage during the Revolution. The castle was returned to Deshoms in 1795. In 1835, the last owner of the family, Jean-Baptiste Deshoms, sold the castle to a merchant of Villeneuve-sur-Lot, Sieur Robin, who sold it in 1862 to Mr. Barlus for 50,000 gold francs. The castle passed to the current owners by inheritance. The castle consists of two towers and a main building that meets the date of the late thirteenth or early fourteenth century. The castle was registered under the historic monument December 28, 1981.

How To Get To Château de Favols (Map):