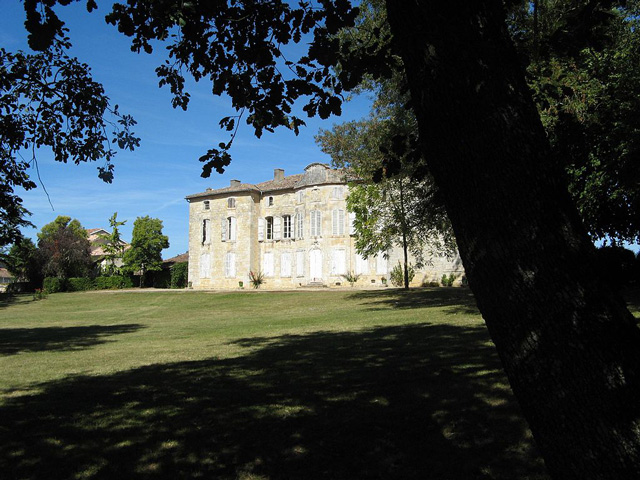 Location: Fals, in the Lot-et-Garonne departement of France (Aquitaine Region).
Built: 18th century.
Condition: Ruined.
Ownership / Access: Privately owned.
ISMH Reference Number: PA00084114
Notes: Château de Fals is a relic of French castle in Fals. The castle was founded at an unknown date. The oldest parts can go back to the twelfth century. Some vestiges of the medieval castle substructure remain in the basement of the right wing of the castle. John Comère, Lord of Fals and Pis, married in second nuptials with Domengue of Esparbès, lady Pis. She made her testament April 9, 1555 by John of Esparbès son of Pierre Esparbès, Lord of Belloc in the diocese of Auch, his heir. Beraud of Esparbès, eldest son of Pierre Esparbès, married in 1553 with Francoise Comère, daughter of Jean de Comère, and his sole heir in the will of 1552. Silvestre Esparbès Lussan du Gout, Baron Lamotte-Bardigues, Lord of Fals, captain and governor of Auvillar, counselor to the parliament of Toulouse in 1667. His grand-son, Michel Esparbès Lussan du Gout is called Count Lussan. The Lordship of Fals remained in the family until the eighteenth century Esparbès. Facades, roofs and decoration of the eighteenth century the living room and the dining room were listed under the historical monument April 23, 1953.