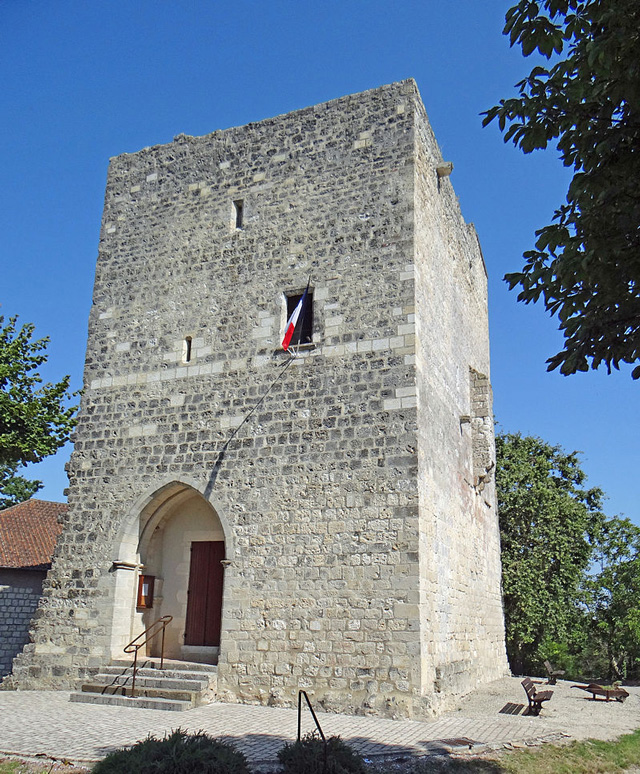 Location: Dolmayrac, in the Lot-et-Garonne departement of France (Aquitaine Region).
Built: 13-14th century.
Condition: Ruined.
Ownership / Access: Owned by the Municipality.
ISMH Reference Number: PA00084103
Notes: Château de Dolmayrac in Dolmayrac is located in the department of Lot-et-Garonne and the Aquitaine region. Dolmayrac is cited as castrum in 1271. Dolmayrac tower is a remnant of the ramparts that protected the city. It was built in the late thirteenth or early fourteenth century, facing the plateau, the lowest point of the defense of the village. The ancient walls were going to turn the castle located at the tip of the spur on which the village is nst. From the castle remains the ruins of two towers. The castle is in ruins already in the eighteenth century. In the fifteenth and sixteenth century the lordship of Dolmayrac belonged to the family of Montpezat before becoming part of the Duchy of Aiguillon. The 1836 cadastre showed that the remains of the walls were still present against the tower. In 1856 the town planned to buy Rour to become mayor. It was purchased in 1859. The development works were awarded in 1860. The gate current input must date from this work. The castle was registered as historical monuments in 1927.