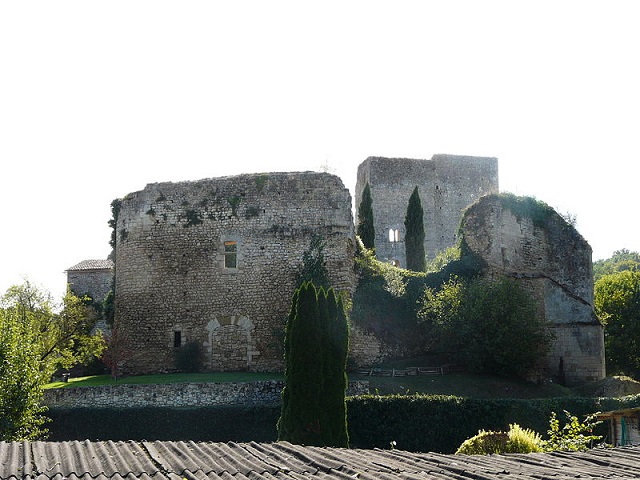 Location: Cause-de-Clérans, in the Lot-et-Garonne departement of France (Aquitaine Region).
Built: 12th century.
Condition: --.
Ownership / Access: Private property.
Notes: The castle of Clérans is a French castle located in the commune of Cause-de-Clérans in the department of Dordogne, in Aquitaine-Limousin-Poitou-Charentes. It was built in the twelfth and thirteenth centuries.Incendiary by Raymond, Vicomte de Turenne around the year 1100, the castle of Clérans was rebuilt in the twelfth and then in the thirteenth century. During the Hundred Years War, he alternated many times in the hands of the English and then the French, especially in 1378 where he was taken by Bertrand Du Guesclin. The castle became French again in 1453. Abandoned, it served as a quarry of stones in the nineteenth century and until its redemption in 1936.