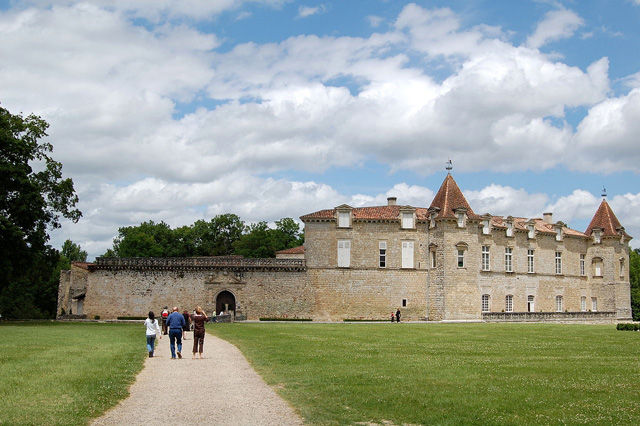 Location: Prechac, in the Gironde departement of France (Aquitaine Region).
Built: 11th century.
Condition: Restored.
Ownership / Access: Privately owned.
ISMH Reference Number: PA00083676
Notes: Château de Cazeneuve in Préchac is located in the French department of Gironde. The park runs along the Ciron and includes the water, the mill, the laundry and the island to the birds. The part between the Ciron, a tributary of the Ciron and the CD 9 is a listed building alongside the castle. The giant bamboo is remarkable The castle is built along the gorges Ciron and Honburens stream.It was totally rebuilt in the seventeenth century and was restored regularly. It has been a listed building September 24, 1965.

How To Get To Château de Cazeneuve (Map):