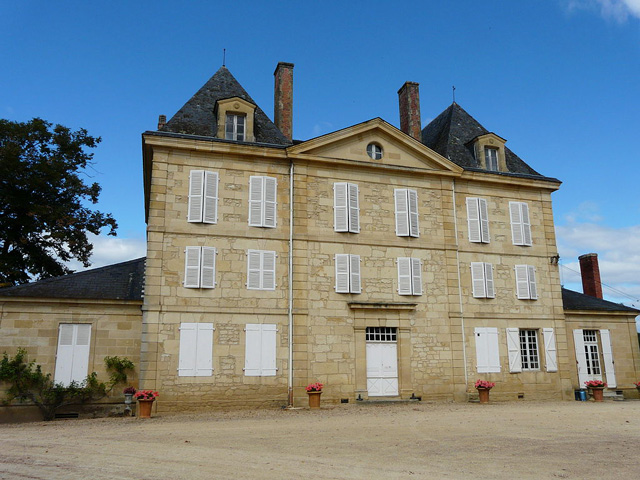 Location: Domme, in the Dordogne departement of France (Aquitaine Region).
Built: 1805.
Condition: In good condition.
Ownership / Access: Privately owned.
ISMH Reference Number: PA24000021
Notes: Château de Caudon is a French château located in the commune of Domme, in the Dordogne, in the Aquitaine region. Château de Caudon is subject of protection as historical monuments. In 1777, the lawyer Jacques de Maleville, one of the future drafters of the Civil Code, bought the estate of Las Bories, an old noble lair. There had built the castle in 1805. His son Caudon Pierre Joseph then landscape the park and built common and an orangery. In 1835, Lucien, son of Pierre Joseph and future deputy and senator of the Dordogne, is raising the one-storey building and add two side pavilions. The building is registered as historical monuments March 5, 1998 for its facades and roofs. The estate, with its plane trees and gardens of boxwood, is ranked among the outstanding gardens. Located more than a kilometer east of the castle and part of the area, a monolithic chapel, located on one of the first sites of Périgord Christianized, is also listed as historical monuments since 1948.