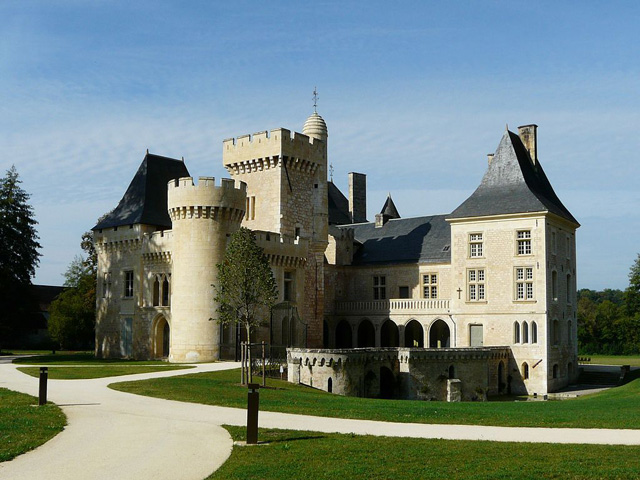 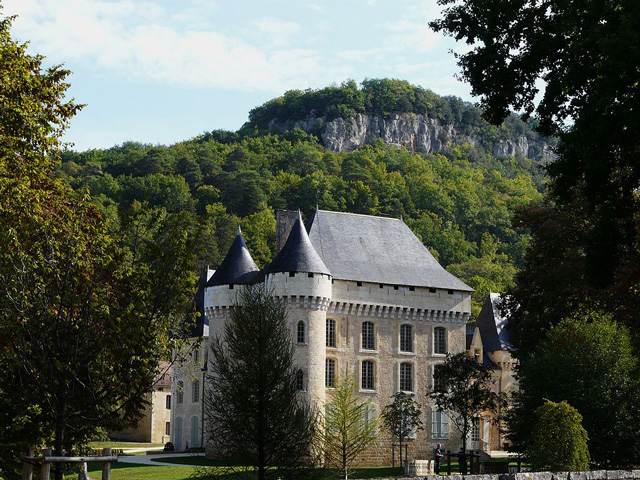 Location: Campagne, in the Dordogne departement of France (Aquitaine Region).
Built: 15th 17th to 18th century.
Condition: In good condition.
Ownership / Access: Property of the department.
ISMH Reference Number: PA00082427
Notes: Château de Campagne is located in the municipality of Campagne in the French Dordogne. It is under protection as historical monuments. The campaign castle is located in the Dordogne, in the Dordogne, on the northern edge of the village of Campagne, at the intersection of county roads 35 and 706. At 100 meters from its location is St. John church -Baptiste the twelfth century. In Vézère Valley, at the foot of the cliff overlooking the campaign of almost 150 meters, the castle is partially surrounded by a moat and in the middle of a park, open to the public. The castle is known since the twelfth century. It is a possession of the archbishops of Bordeaux with Jean de Beaufort grabs in 1405 to return to the English. The French retrieve it in 1432 and it was razed by order of King Charles VII6. The current building, built in the fifteenth, seventeenth and eighteenth centuries, was the subject of restorations century.4 nineteenth and 2008 to 2014. In 1970, the state receives the castle legacy from the last marquis Campaign. It is fully registered as historic monuments April 5, 2001, with its dependencies, its park and fences. Since 2007 it is the property of the department of Dordogne that has installed the administrative services of the International Division of Prehistory (PIP).