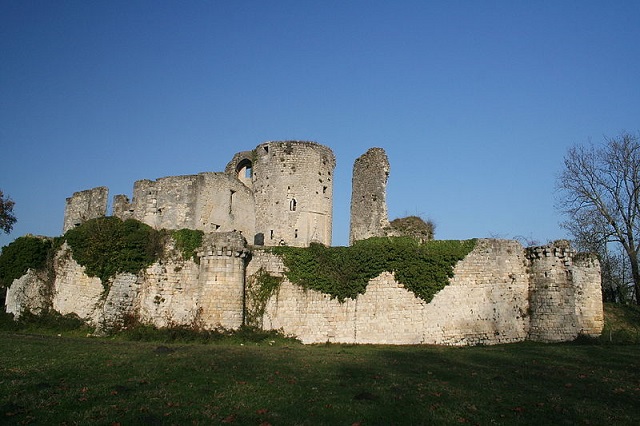 Location: Blanquefort, in the Gironde departement of France (Aquitaine Region).
Built: 11th century.
Condition: Ruins.
Ownership / Access: Private property.
Notes: The medieval fortress of Blanquefort is located in the town of Blanquefort in (Gironde).The castle of Blanquefort was considered until the time of the Fronde like one of the most important places of war of Guienne. Now it is one of the most beautiful ruins.The excavations carried out on the site of the fortress of Blanquefort or nearby since the creation of an archaeological site in 1962 revealed the human presence from the Bronze Age (about the twelfth century BC). Shards of protohistoric ceramics were discovered on the site of the present castle, but also near the Jalle de Blanquefort, the river that flows nearby and flows a few kilometers further in the Garonne, downstream from Bordeaux. The Roman presence is also ensured by the excavations which revealed numerous tegulae (flat Roman tiles) in the foundations of the fortress as well as two Roman currencies. It is probable that the Gallo-Romans built a modest construction, toll or guard tower, in order to control the Roman road linking Bordeaux to Noviomagus in the Medoc. As the surrounding lands were marshy, the Romans had to elevate the road and the castle site. These were the only ones emerging from these marshes, thanks to the presence of a natural rock outcrop formed of mollasse (sandstone in formation).