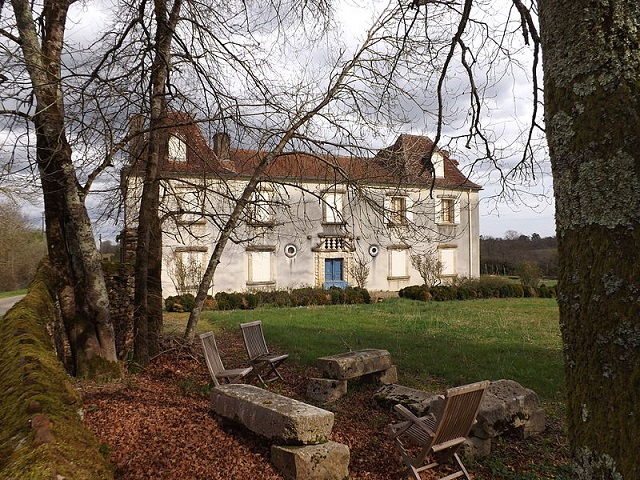 Location: Beyries, in the Gironde departement of France (Aquitaine Region).
Built: 17th century.
Condition: --.
Ownership / Access: --.
Notes: The castle of Beyries is located in the commune of Beyries, in the French department of Landes. It is inscribed on the historical monuments by decree of April 12, 20012. It should not be confused with the castle of Beyrie, another Landes monument.The castle of Beyries was built in the seventeenth century. It is a small noble house, consisting of a main main building staggered on two levels in double depth and two pavilions. It is rectangular in plan and has stonewall walls, a two-sided roof, a slate roof and Marseille tiles. A collection of nine straight chimney chimneys dating from the time of construction are the interest of the building.