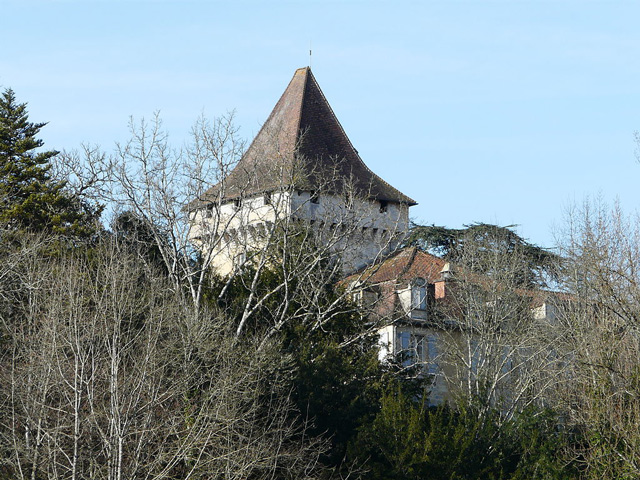 Location: Bayac, in the Dordogne departement of France (Aquitaine Region).
Built: 19th century.
Condition: In good condition.
Ownership / Access: Still home to the "Queen's Chamber".
ISMH Reference Number: PA00082338
Notes: Château de Bayac is a French castle of the nineteenth century located in the town of Bayac, in Dordogne, in the Aquitaine region. It is the subject of a registration as a historic monument.Castle Bayac is built halfway up on the left bank of the Couze east of the town of Bayac. It now maintains the fourteenth century building two towers overlooking the valley. whose crenellated, like a dungeon, still home to the "Queen's Chamber", Eleanor of Aquitaine, which is accessed by a stone staircase with monumental screw. One of these towers with battlements is flanked by a watchtower built and capped. The circular tower of the sixteenth century and the main building built in the eighteenth and nineteenth century, lost the whole its initial defensive look.