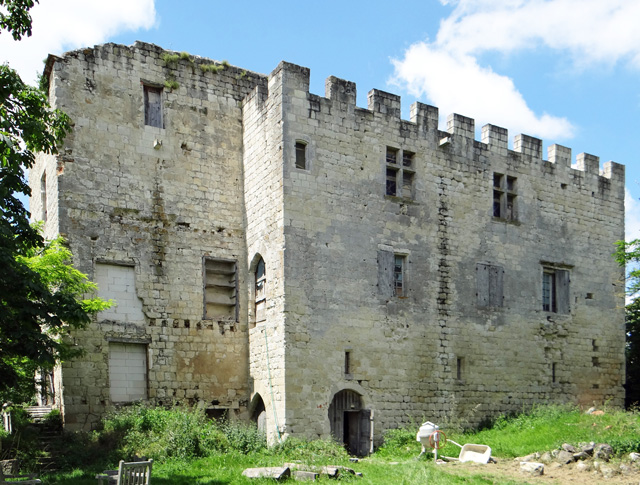 Location: Lamontjoie, in the Lot-et-Garonne departement of France (Aquitaine Region).
Built: --
Condition: Being restored since 2005.
Ownership / Access: It is owned by the town of Fumel.
ISMH Reference Number: PA47000040
Notes: Château d’Escalup, built in the nineteenth century the town of Lamontjoie (Lot-et-Garonne) is a castle of "Gascon type.Escalup's family, the castle passed to that of Malvin, who makes changes to the seventeenth century. In the eighteenth, various outbuildings were built. During the Revolution, the buildings are no longer inhabited, the roof is affondrée and lands met in the ownership of Ferbos-Magnos. Since 2005 the castle was bought under restoration. The castle was listed as historical monuments in 1999.