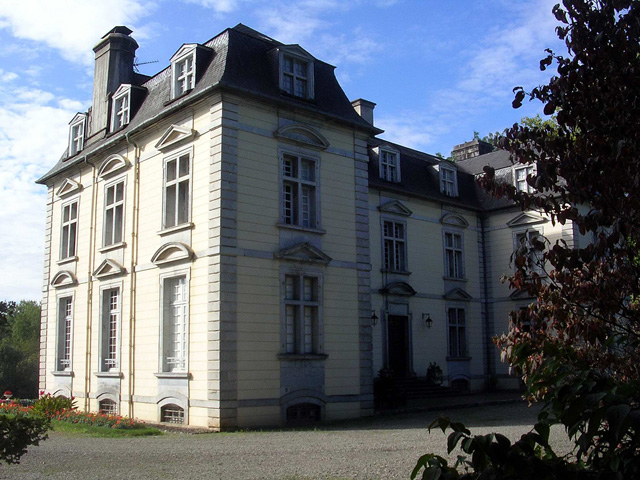 Location: Trois-Villes, in the Pyrénées-Atlantiques departement of France (Aquitaine Region).
Built: 1660-1663.
Condition: In good condition.
Ownership / Access: Private.
ISMH Reference Number: PA00084535
Notes: Château d'Eliçabéa (or Elizabea) is located on the French town of Three Cities, in the French department of Pyrenees-Atlantiques. Classical style, it is registered as a historical monument July 12, 2012. The castle is built from 1660-1663 on behalf of Comte de Troisville, Count of Tréville lieutenant and former captain of the company of musketeers of Louis XIII, immortalized by Alexandre Dumas in his novel The Three Musketeers. Mansart would have drawn the plans. Boasting a terrace overlooking the season, it faces the mountains of Haute-Soule. It has two floors. Its main facade is adorned with mullioned windows and framed by two avantcorps. The English garden, planted in the middle of the nineteenth century occupies an area of 6 hectares.