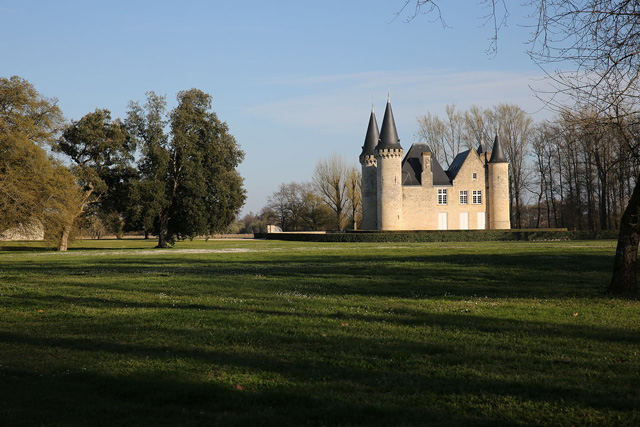 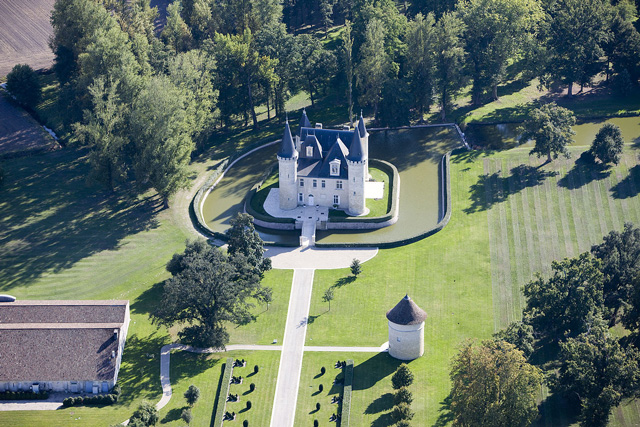 Aerial view of the field today - Château D'Agassac - Wikipedia - lic. under CC BY 3.0

Location: Ludon-Mâdoc, in the Gironde departement of France (Aquitaine Region).
Built: 18th century.
Condition: Restored.
Ownership / Access: A wine estate of Haut-Medoc.
ISMH Reference Number: PA33000171
Notes: Château D'Agassac is a vineyard renowned Haut-Médoc in Gironde. It is located in the Haut-Médoc AOC, in the commune of Ludon-Médoc. In just fifteen minutes north of Bordeaux, it is one of the first vineyards of the Medoc. It produces a wine among the highest rated of its appellation. Le Château D'Agassac is a "Cru Bourgeois Exceptionnel" as ranked by 1932 Bordeaux wine. Local tradition says that a Latin inscription found in underground castle construction assigns to the eighteenth century. However, the legend does not say if the first known of its lords, Gassac Gaillard, was a lover of the grape products. One thing is sure, the vast cellars and elegant adjoining the fortress even today house the estate's wines and show an ancient winemaking tradition, one of whose characteristics was the recent meeting at the end of the nineteenth century two areas neighbors and D'Agassac Agassac Pomiès.

How To Get To Château D'Agassac (Map):