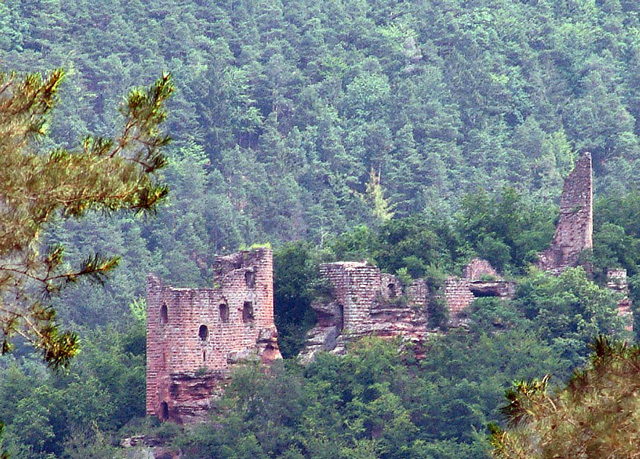 Location: Niedersteinbach, in the Bas-Rhin departement of France (Alsace Region).
Built: 10th century, 13th century.
Condition: Ruins.
Ownership / Access: State property.
ISMH Reference Number: PA00084834
Notes: The Chateau du Wasigenstein is a ruined castle in the commune of Niedersteinbach in the Bas-Rhin departement of France. The site was first known as the centre of the German legend of Waltharius in the 10th century. The castle is state property and has been listed since 1898 as a monument historique by the French Ministry of Culture. Two castles were built here in the 13th century each dependent on the other.