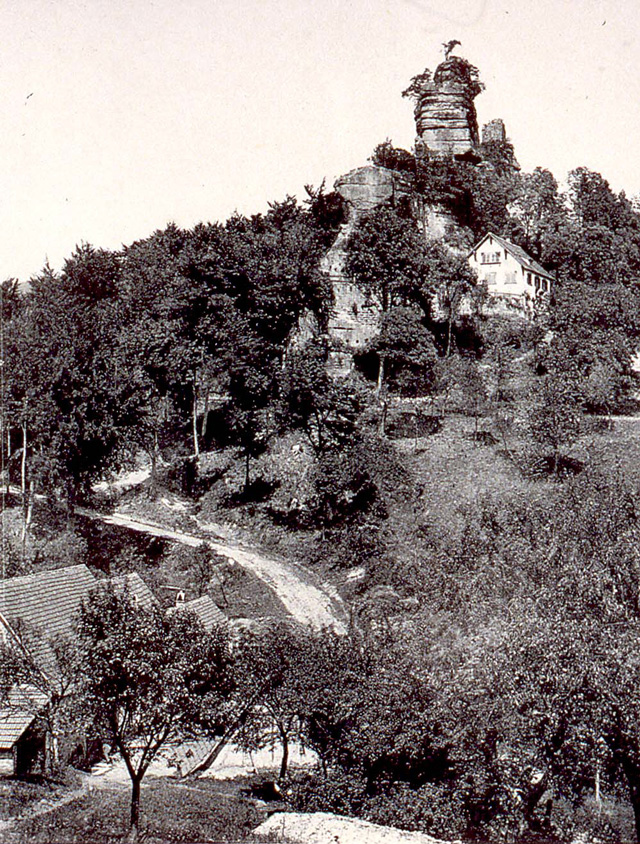 Location: Windstein, in the Bas-Rhin departement of France (Alsace Region).
Built: c. 1205.
Condition: Ruins.
Ownership / Access: Owned by a private company.
ISMH Reference Number: PA00085239
Notes: The Chateau du Vieux Windstein is a ruined castle in the commune of Windstein, in the Bas-Rhin departement of France. The first documented mention of the Château de Windstein is dated 1205. It was built at the end of the 12th century by the Hohenstaufens to protect their imperial palace at Haguenau. The castle was a fief of the Empire, in the possession of the Windstein family, and was built in two periods, though dates are not known. Later, the castle was split in two with the lords of Sickingen and Schmalenstein each owning a part. Some buildings were constructed in the 13th century but it later became a haunt of brigands and was razed in 1332, following a conflict with the city of Strasbourg. Despite a ban on rebuilding, it was rebuilt again during the course of the 14th century. Burned in 1515, it passed into the possession of the Durkheims. The castle was finally ruined at the end of the 17th century, destroyed by the artillery of general Joseph de Montclar in 1676 during the wars against Louis XIV.The Chateau du Vieux Windstein is listed as a monument historique by the French Ministry of Culture.

How To Get To Chateau du Vieux Windstein (Map):