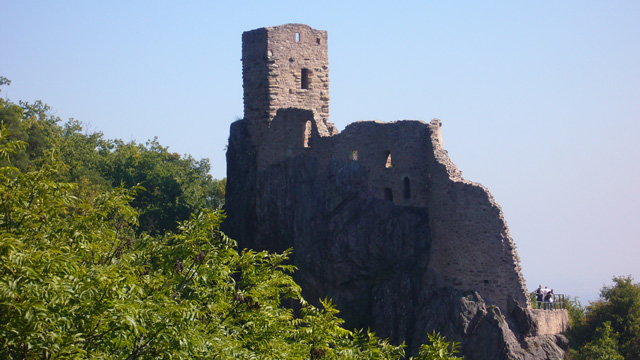 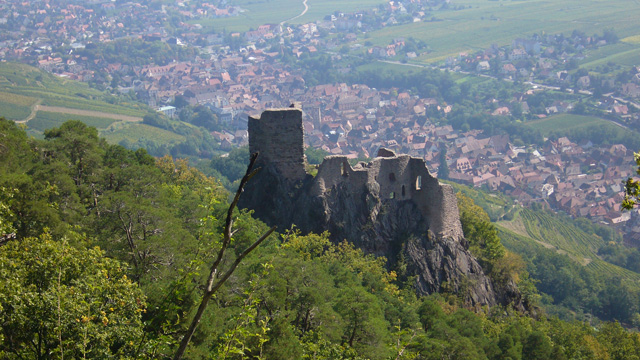 Location: Ribeauville, in the Haut-Rhin departement of France (Alsace Region).
Built: 13th century.
Condition: Ruins.
Ownership / Access: --
Notes: The Chateau du Giersberg (formerly named Petit-Ribeaupierre) is one of three castles (with the Chateau de Saint-Ulrich and the Haut-Ribeaupierre) which dominate the commune of Ribeauville in the Haut-Rhin departement of France. It stands at an altitude of 528 m. The Lords of Ribeaupierre built the castle, then named Stein (La Roche), in the 13th century. They rebuilt it after a fire caused by lightning in 1288. In 1304, they gave it to their vassals, the knights of Guirsberg, from whom the castle took its name. The Guirsbergs kept it until they died out in the 15th century. It was abandoned in the 17th century.

How To Get To Chateau du Giersberg (Map):