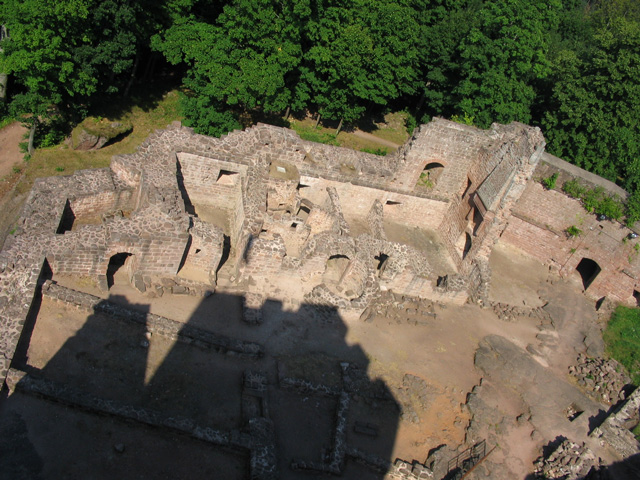 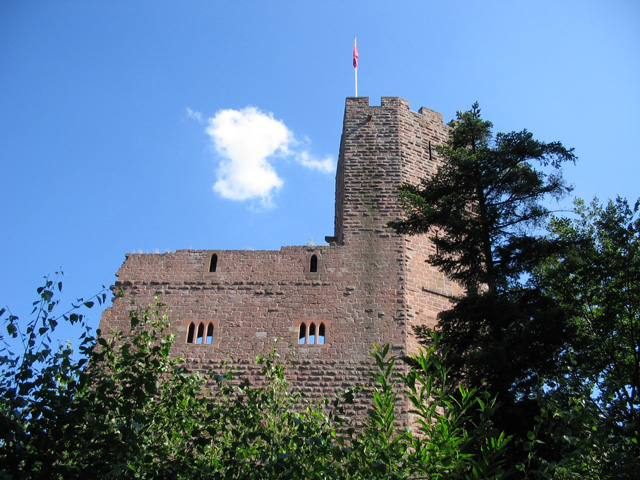 Location: Wangenbourg-Engenthal, in the Bas-Rhin departement of France (Alsace Region).
Built: 13th centur.
Condition: Ruins.
Ownership / Access: Privately owned.
ISMH Reference Number: PA00085212
Notes: The Chateau de Wangenbourg is a ruined castle in the commune of Wangenbourg-Engenthal in the Bas-Rhin departement of France. The castle was built in the 13th century on a rocky outcrop in south east of the commune of Wangenbourg-Engenthal, by the lords of Wangen on the site of an older castle whose history is lost. The fortress was mentioned for the first time in 1357 in a charter of the abbey at Andlau. In the 14th century, the Wangens lost control of their castle and, ruined a century later, they were unable to maintain it. In 1504, Holy Roman Emperor Maximilien I, having vanquished the Prince-elector, Philipp, in the war of succession of Bavaria, confiscated the castle from the cousins Hans and Stephan von Wangen for the count Tiestein, who himself gave it to the Archbishop of Strasbourg, Wilhelm III von Hohnstein, in 1516. Nevertheless, a branch of descendants of the von Wangens, Georg and Hartmann, continued to occupy the castle. Between 1535 and 1550, they reconstructed their logis in the Renaissance style (see photograph below). From 1578, the Archbishop of Strasbourg and the lords of Wangen disputed property rights concerning the castle. The Wangens were expelled in 1578, but re-established their rights in 1595. In 1680, the castle was occupied by French troops. In 1702, it was in ruins. Restoration of the castle started at the beginning of the 20th century, and again in 1931. The footbridge in the photograph was constructed in 1961 to replace the old drawbridge. The vast polygonal enceinte is still visible, as well as the bases of the walls on the interior buildings. The castle ruins have been listed since 6 December 1898 as a monument historique by the French Ministry of Culture and is privately owned.

How To Get To Chateau de Wangenbourg (Map):