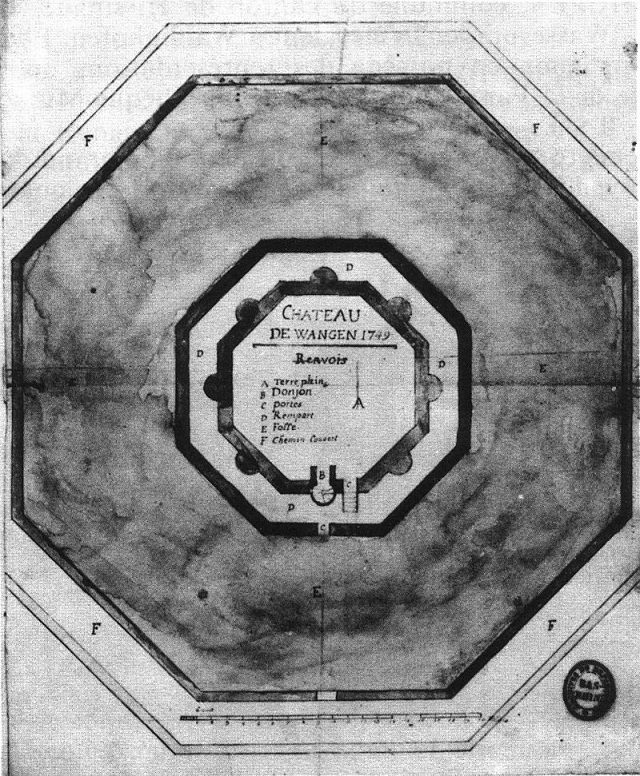 Location: Wangen, in the Bas-Rhin departement of France (Alsace Region).
Built: 13th century.
Condition: --.
Ownership / Access: Private property.
Notes: The castle of Wangen was a castle of the thirteenth century which stood on the commune of Wangen in the department of Bas-Rhin and the region Alsace. The remaining elements of the outer enclosure and the corresponding archaeological site are partially registered as historic monuments by decree of 3 December 1993. The castle of Wangen was located in the French department of Bas-Rhin in the commune of Wangen. The castle adopted a polygonal plan. Its curtains were regularly flanked in the middle by towers.