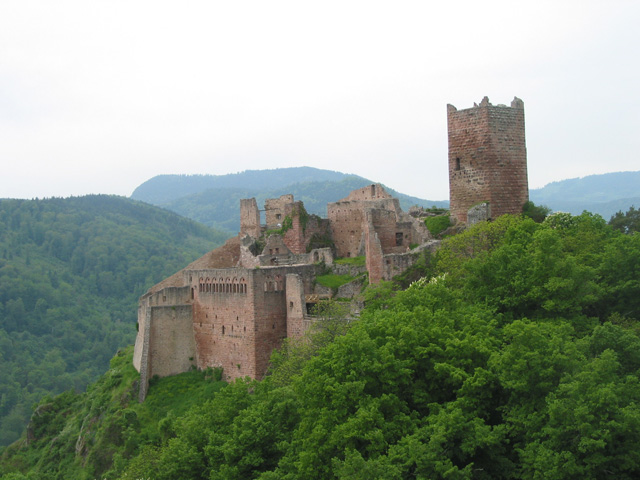 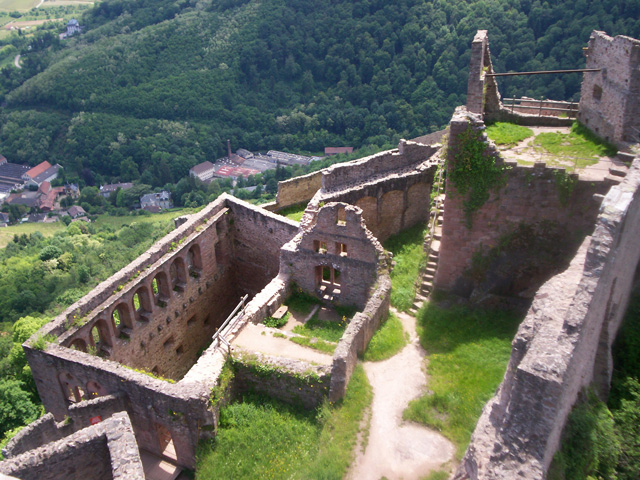 Location: Ribeauville, in the Haut-Rhin departement of France (Alsace Region).
Built: 11th Century.
Condition: Ruins.
Ownership / Access: --
Notes: The Chateau de Saint-Ulrich (also known as the Chateau de Grand-Ribeaupierre) is one of three castles (with the Girsberg and the Haut-Ribeaupierre) which dominates the commune of Ribeauville in the Haut-Rhin departement of France. It is situated at an altitude of 528 m. The present name of the site is from the chapel dedicated to Saint Ulrich of Augsburg which is found in the castle. Medieval texts never gave the present name - the castle had the name of the Rappolstein dynasty (or Ribeaupierre in the French style).The Château de Saint-Ulrich has been listed since 1841 as a monument historique by the French Ministry of Culture.Two Ribeaupierre brothers, one living in the château de Saint-Ulrich, the other in Girsberg, had agreed to go hunting the next day. They had arranged a signal: the first to wake would fire an arrow at the other's shutters. The Saint-Ulrich brother awoke first and shot an arrow towards his brother's shutters. But the latter, at the moment the arrow arrived, opened his shutters. He died, his heart pierced.

How To Get To Chateau de Saint-Ulrich (Map):