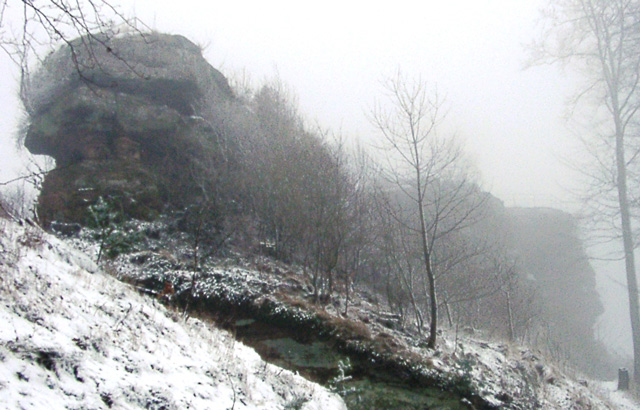 Location: Wingen, in the Bas-Rhin departement of France (Alsace Region).
Built: 13th century.
Condition: Fragmentary ruins.
Ownership / Access: State property.
ISMH Reference Number: PA00085241
Notes: The Chateau de Lœwenstein is a ruined castle in the commune of Wingen in the Bas-Rhin departement in Alsace, France. It is dated to the 12th century and was destroyed in 1387. The castle is also known as Lindenschmidt. It was built for the lords of Fleckenstein and in 1283 it became a fief of the Holy Roman Empire. It was a lair of brigands at the end of the 14th century. The castle is divided into two parts which, at some time in its history, belonged to different lords. It has been listed since 1898 as a monument historique by the French Ministry of Culture.