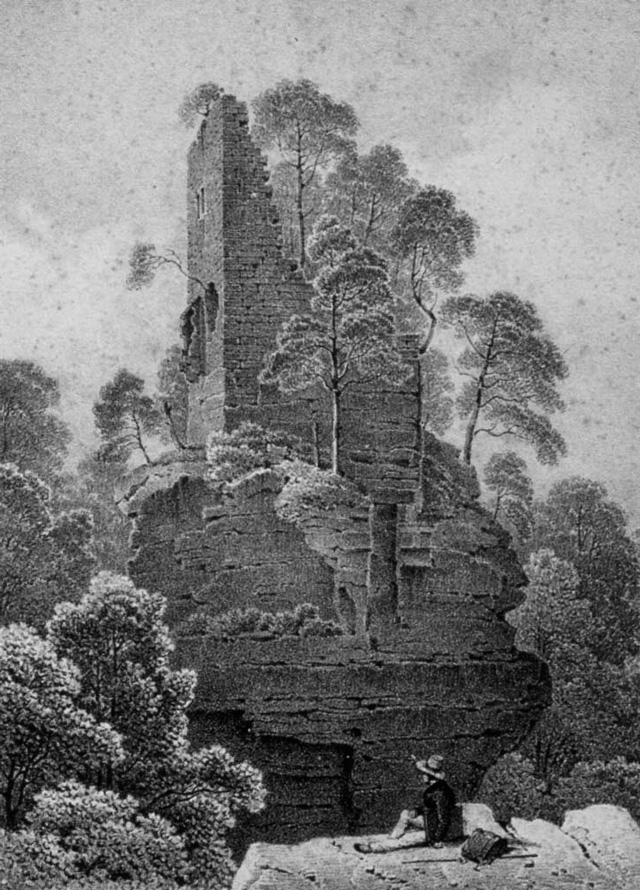 Location: Dambach, in the Bas-Rhin departement of France (Alsace Region).
Built: 13th century.
Condition: Ruins.
Ownership / Access: Owned by a private company.
ISMH Reference Number: PA00084671
Notes: The Chateau de Hohenfels is a castle situated in the commune of Dambach, in the Bas-Rhin departement of France. The castle was built at the end of the 13th century and recorded in a document for the first time in 1293. It was destroyed by troops from Strasbourg and Haguenau in 1423, and again during the German Peasants' War in 1525. The semi-troglodytic castle is built on a sandstone table, separated from the crest of the hill by a ditch dug into the bare rock. The castle was built with six floors and allowed surveillance of the access roads towards Lorraine. It was certainly altered in the 15th century.Hohenfels was the first castle in Alsace to be undergo properly scientific archaeological digs. The castle has been classified since 1985 by the French Ministry of Culture as a monument historique.