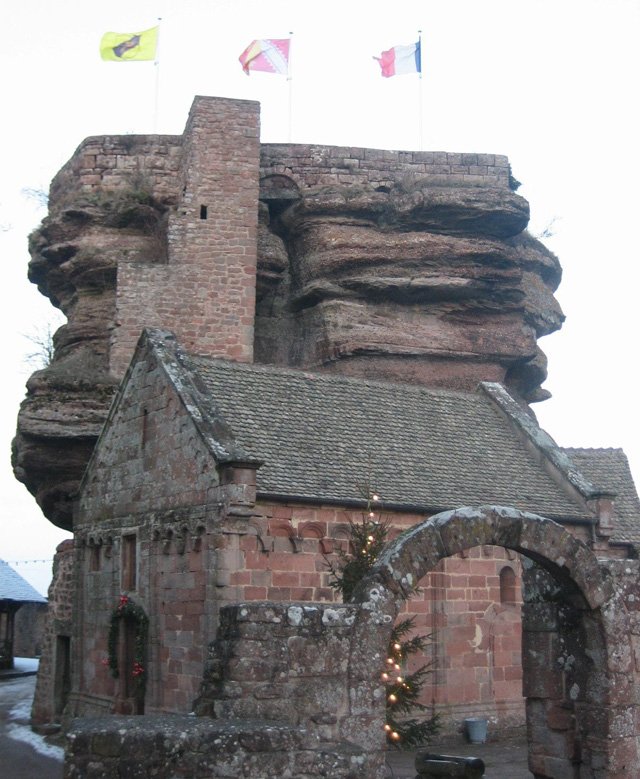 Location: Saverne, in the Bas-Rhin departement of France (Alsace Region).
Built: 1100.
Condition: Ruins.
Ownership / Access: Owned by the town.
ISMH Reference Number: PA00084952
Notes: The Chateau de Hohbarr (French: Haut-Barr; German: Burg Hohbarr) is a medieval castle, first built in 1100, above the city of Saverne in what is now the French departement of Bas-Rhin. It was built on sandstone rock 460m above the valley of Zorn and the plain of Alsace. Because of this, it has been called the eye of Alsace. On several occasions it was expanded by the bishops of Strasbourg. The Peace of Westphalia mandated the destruction of several castles, including Hohbarr, but after the beginning of the War of the Spanish Succession, in 1701, the fortress was back in use. It was abandoned in about 1770, but the vault continued to be occupied until the French Revolution. Hohbarr has been listed as a monument historique by the French Ministry of Culture since 1874.

How To Get To Chateau de Hohbarr (Map):